Windows have come a long way over the years, and a large part of that is due to the evolution of glass production over time. During Roman times, broadsheet glass was the first type of glass to ever be manufactured in Britain, and it involved having an elongated balloon of glass blown. After the blowing process had been completed, the ends were carefully cut off and the cylindrical section was then split and flattened on an iron plate. Unfortunately, this glass was of an extremely poor quality and its small size meant that it wasn’t practical to use for much else other than leaded lights. As techniques improved, other types of glass began to be produced and used in windows in earnest:

Due to its poor quality, broadsheet glass production quickly declined. By the early 14th century though, crown glass was being brought in from France. However, this was extremely expensive – until the late 17th century when it started being crafted in Britain. This was made by blowing a sphere of molten glass, opening the end that was opposite the blowpipe while the glass was still hot and then spinning it into a circular-shaped sheet. Although far from perfect, the quality of this glass was far better than its broadsheet predecessor.

During the late 18th century, polished plate glass started being manufactured in Britain and the process involved casting a sheet of glass on to a table or other solid flat surface and then hand-grinding and polishing it. Only at the beginning of the 19th century was this form of manual labor replaced by steam-powered machinery. Although this method enabled rather large glass panes of a high quality to be produced, it was extremely costly to do so. As a result, only wealthier people could afford to use them for some of the windows of the best rooms in their houses. 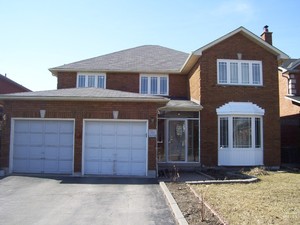 In the early 1900s, laminated glass was invented by adding a thin film of plastic between two glass sheets in order to make larger glass panes safer. The introduction of mass production techniques during the 20th century means that it became cheaper than ever before to manufacture glass is larger sheet sizes, and it was during this time that double-glazed sealed window units were developed as well. This makes the windows of today more energy-efficient than ever.

Modern Windows – Safer and Clearer than Ever

As glass-making technology has improved over time, it has rendered newer windows far clearer and safer than any of those manufactured hundreds of years ago. Over the years, many wooden-framed windows have been replaced with vinyl framed alternatives because they are more durable and resistant to fire. Not only are these windows extremely durable; they require less maintenance term than wood or metal frames and they are more energy efficient. If you would like to find out more about how to replace your home’s existing windows with energy-efficient vinyl alternatives, contact our team at Canadian Choice Windows today.